Melvin is Vice President of the Iowa State Bar Association (2022). He is a member of the ISBA Sections on Probate, Real Estate, and Business Law.

Melvin is Secretary and Member-at-Large, American Bar Association General Practice/Solo Division.  He is a GPSolo Division Delegate to the ABA House of Delegates, and is Chair, GPSolo Real Estate Committee.

Melvin joined the Iowa Legal Aid Board of Directors in 2019.

Melvin is a Steward, Bethel A.M.E. Church, Iowa City, Iowa, and has held various roles at the church since 2002. 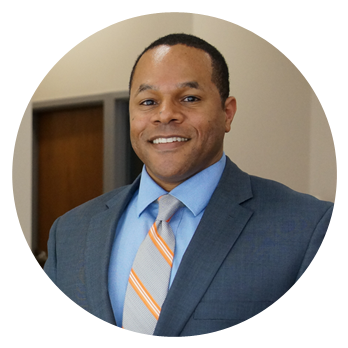 Steward at Bethel A.M.E. Church in Iowa City. Co-chair of the Building Expansion and Renovation Project at Bethel A.M.E. Church (2005 to 2010) Trustee, Board of Trustees of The Housing Fellowship (2012 to present) Member, Iowa City Charter Review Commission (2014 to 2015) Member, Board of Directors, Community Foundation of Johnson County (July 2014 to 2017) Grant Allocation Committee, Community Foundation of Johnson County (2013 to 2017) Member, Board of Directors, University of Iowa Black Alumni Association (2013 to 2018) Member, Board for Systems Unlimited, Inc. (January 2014 to September 2014)